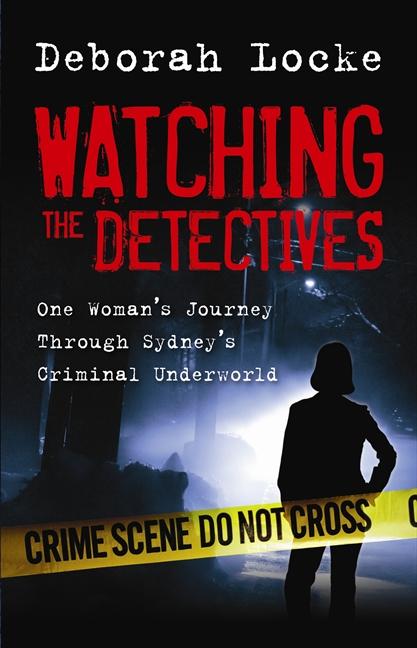 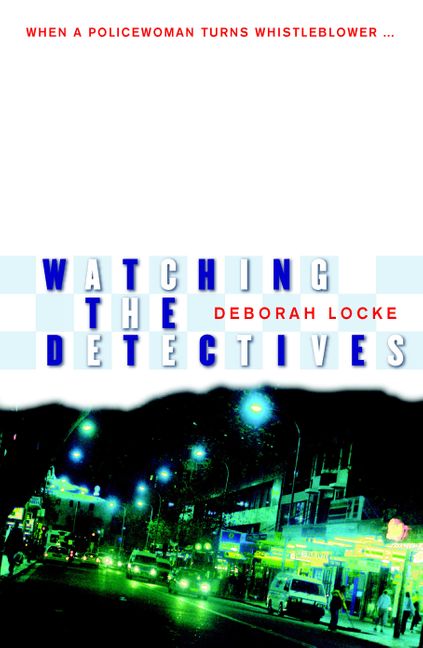 One woman’s journey through Sydney’s criminal underworld, from rookie cop to police whistleblower. She just wanted to be a great cop and do her job well – that’s all she’d ever dreamed of. Little did she know the good guys would turn out to be every bit as menacing as the bad In 1984, with grand plans to escape her deadbeat family, Deborah Locke graduated as a constable in the NSW Police Force. Young, blonde and pretty, she looked forward to her life as a copper. But within a year she was already being drawn into the dark circle of police corruption in Sydney’s underworld. Bribery, substance abuse and sexual harassment were commonplace – the lines between cops and criminals were blurred. Having worked her way up to the rank of detective senior constable, Locke entered dangerous territory when she decided to blow the whistle on her crooked colleagues. WATCHING THR DETECTIVES is the story of a gutsy young woman who stayed true to what she believed in – no matter the cost. Author: Deborah Locke Publisher: ABC Books Distribution: Allen and Unwin First Published: September 2003 Printed by: Griffin Press, Adelaide Copyright: © Deborah Lee Locke 2003 The Second Edition of WATCHING THE DETECTIVES by Harper Collins is AVAILABLE NOW New Cover 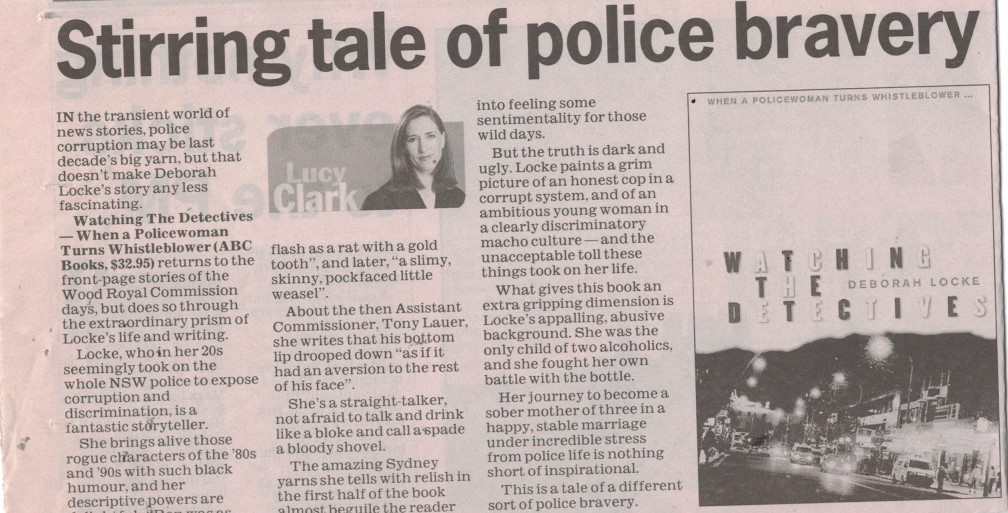 POLICE DRAMA “…this real life, gripping story documents one woman’s experience in the job she took to escape a hellish, shambolic home life and alcoholic parents. Sexist attitudes create yet another hell in this blunt, shocking and compelling book…”

STIRRING TALE OF POLICE BRAVERY “Locke…is a fantastic story teller… She brings alive those rogue characters of the 80’s and 90’s with such black humour, and her descriptive powers are delightful…”

“While this is a tale of truth and a life of a whistleblower, this is also a harrowing story of a strong woman with alcoholic parents, a supportive husband and trying to raise a family under the stress of NSW Police Force trying to manipulate the truth to cover the boys club. Don’t expect a rosey story as the truth can hurt.” “It was written in a style as if sitting down and chatting with an old friends life journey over a coffee or glass of wine. A very interesting read!!“

Available in E-Book format from