Deborah Locke is a former Detective of the NSW Police Service. Her 12 years of police service began in 1984 as a trainee at the Redfern Police Academy and concluded in 1996 when she was discharged from the service “medically unfit” as a result of workplace victimization and harassment as an internal witness, more commonly referred to as a “whistleblower.” 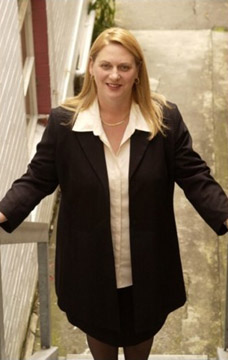 During her time in the NSW Police Force she was stationed at various commands including the notorious Kings Cross Undercover Drug Unit, the Gaming Squad, Parramatta Detectives and the Fraud Squad.

While working as a detective she completed an Associate Diploma in Criminal Justice (Police) through Charles Sturt University.

In 1989 Deborah received a Commissioners Commendation for bravery in relation to her undercover work.

As a young city detective in the early 1980’s to mid 1990’s she was exposed to the reality of criminal investigation in a major city. That reality was the widespread police corruption which involved detectives freely associating with high profile members of Sydney’s underworld.

The police with whom she was working with, were involved with accepting bribes, protection money, drug trafficking, fraud and the improper use of confidential information, but to name a few.

When she presented the senior officers of Internal Affairs and subsequently the highest levels of the Police Force with with compelling evidence of what she had observed, she was branded a “whistleblower” and her life was placed at risk.

The result was a total failure to adequately take action concerning the evidence presented to them.

Since leaving the police she has dabbled in politics and has been involved in developing and advocating for services for families of people with disabilities.  Deborah has travelled extensively interstate and overseas.  She is sought after for presentations on various topics ranging from police culture and ethics to disabilities and women’s issues. 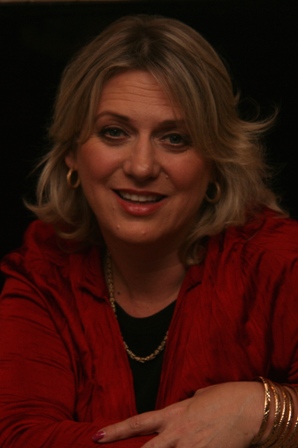 Deborah was awarded a ‘Commissioner’s Certificate of Merit” – In recognition of her ethical actions when bringing under notice police misconduct in 1989, Her subsequent efforts to report police corruption and mismanagement were instrumental in moves to establish the NSW Police Royal Commission. 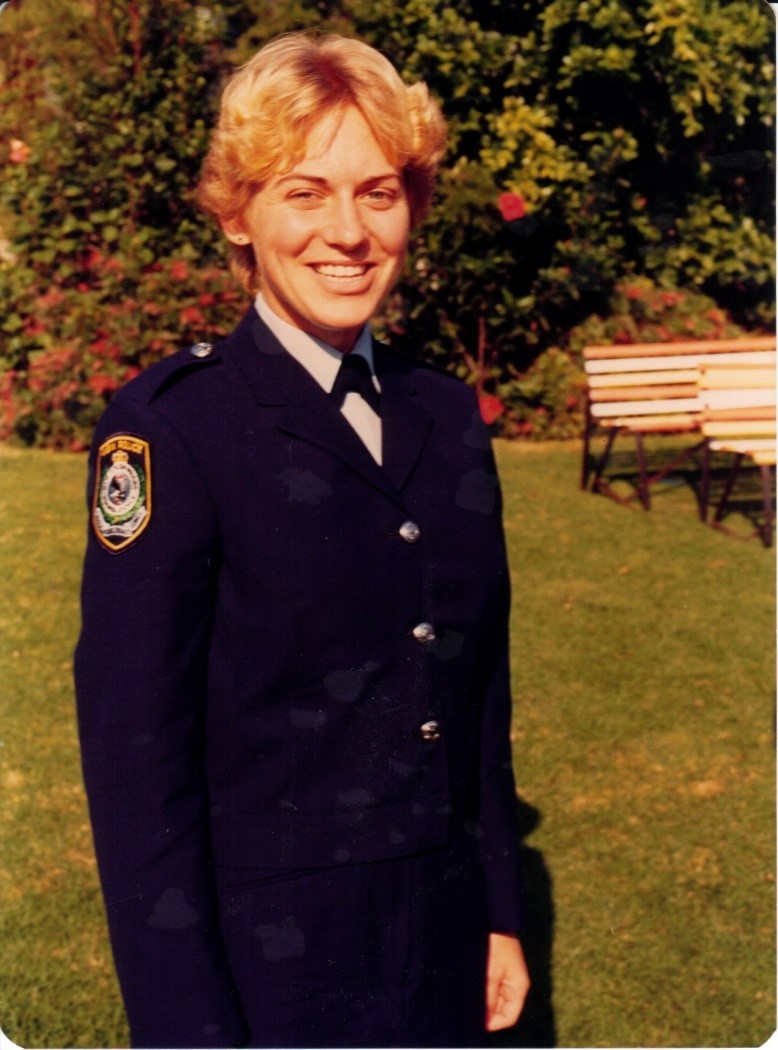 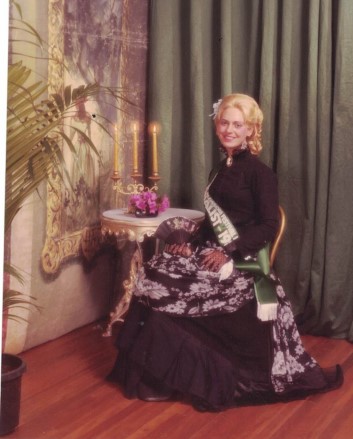 Orange Blossom Festival Beauty Pageant in 1982. I joined the job in 1984. Up until recent times in the NSW Police, women had worn dresses, only did school lecturing and typed for sexual assaults and had to leave the job when they became engaged. I was in the first wave of female detectives and boy did I cop it from the old boy’s club. 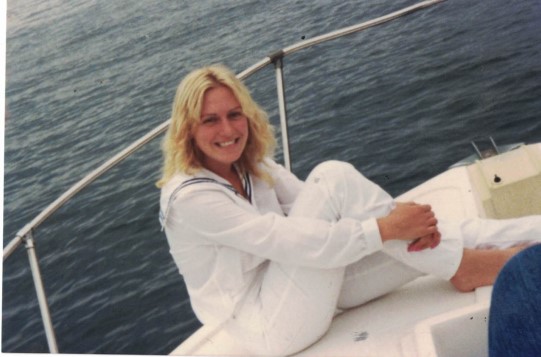 I have always had a love of boating. Being by the water has helped me so much over the years. I believe a walking meditation is why I am still standing. 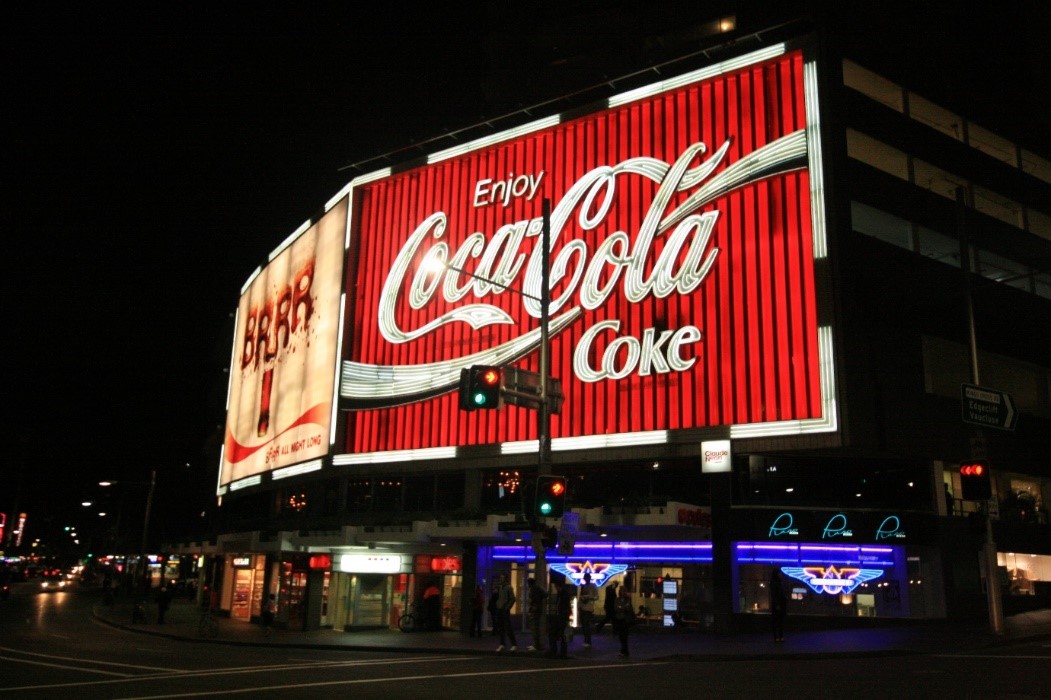 Kings Cross is famous for it’s Coca Cola Neon Sign. In my youth this was like a magnet for me and many others. 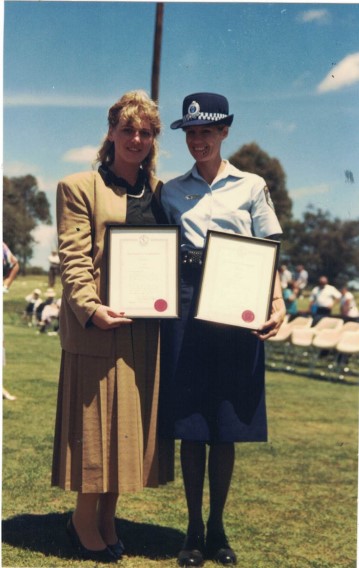 1988 COMMISSIONERS COMMENDATION – Deborah at Goulburn Police Academy in 1988 after having received a Commissioners Commendation while performing undercover work. 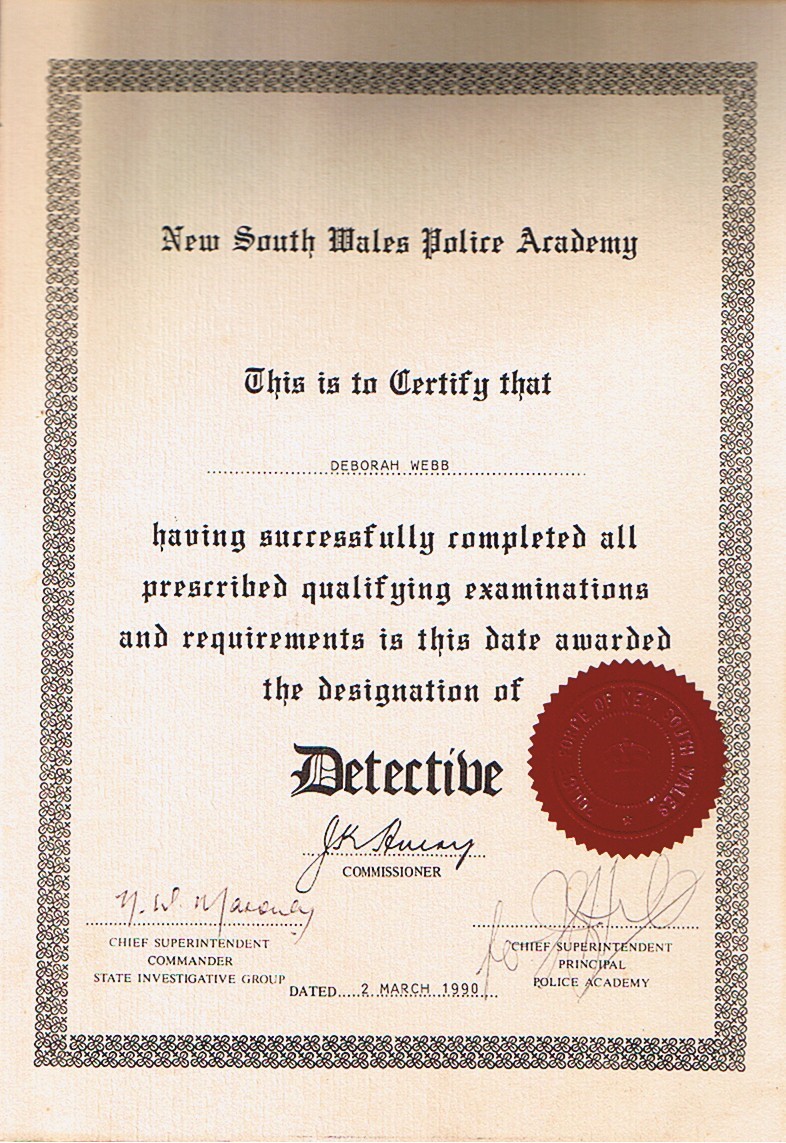 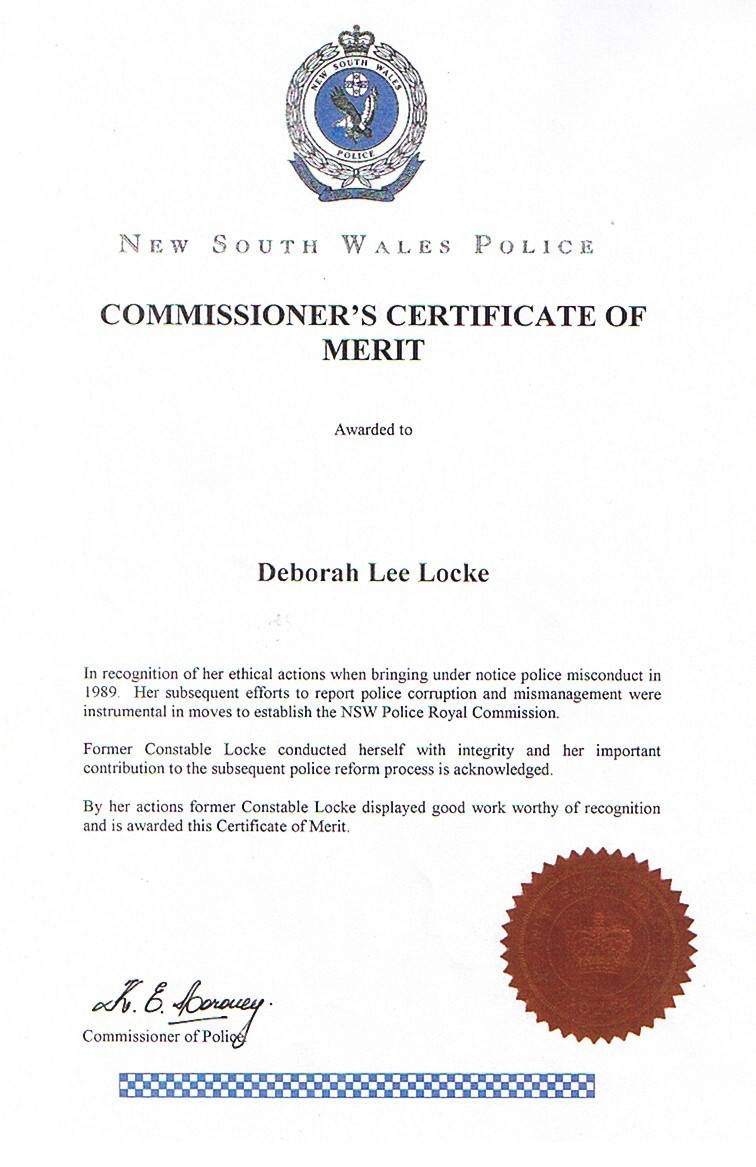 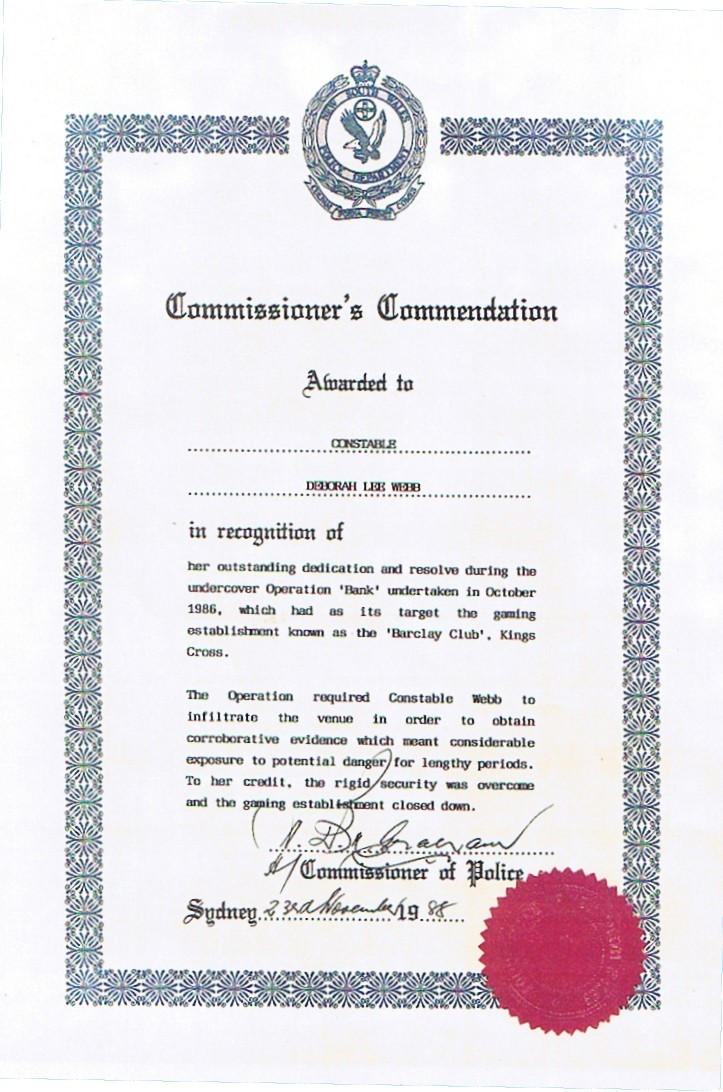 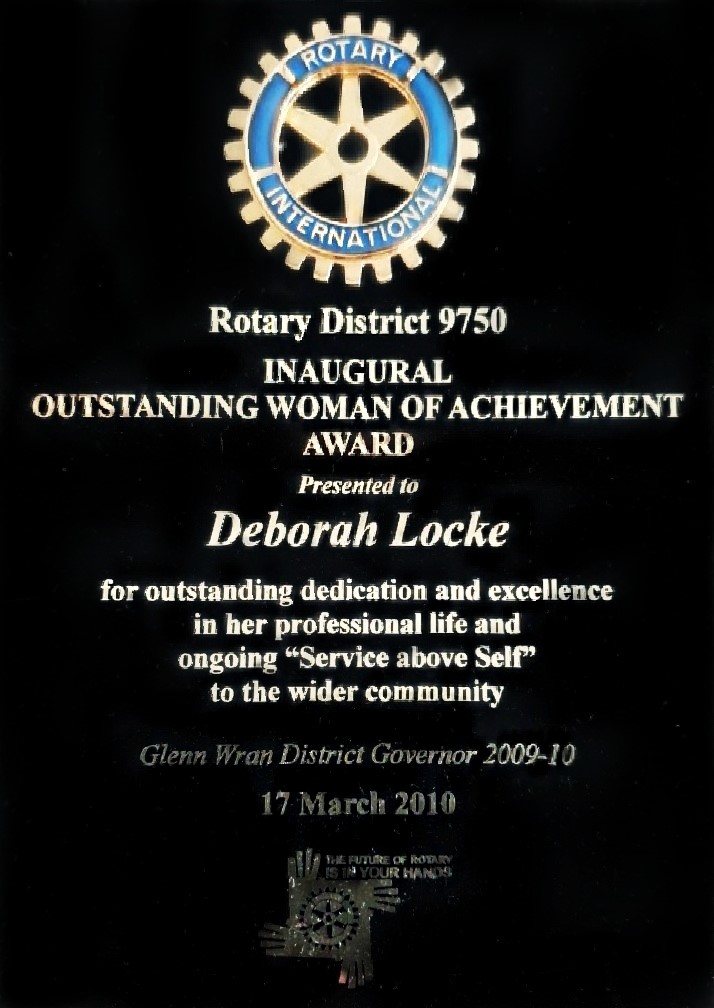